Yuka • Help Where did this idea come from? 💡

Where did this idea come from? 💡 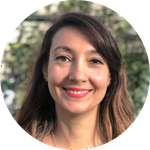 Updated 2 weeks ago by Ophélia

Benoit, one of the co-founders, is a father of three and wanted to buy only the best food products for his family. However, he was lost in a dietary jungle trying to decipher every label. He realized how helpful it would be to have a tool that would automatically analyze each product’s ingredient.

He talked with his brother François and a friend, Julie, about the idea and they loved it. In 2016, the three of them took part in a contest for startups, the Food Hackathon. They spent an entire weekend developing the concept, and won first place. Convinced that their idea fulfilled a real need, they dove head first into the project.

In the beginning, the tool they imagined wasn’t an app. They had imagined it as a connected object, shaped like a carrot, that users could stick to the fridge. A few months later they realized that a connected object wouldn’t completely solve the problem and, due to its price, it wouldn’t be accessible to all. They dropped the idea in favor of a mobile application and that's how Yuka came to be!

👉Learn more about the founders

Why did you choose .io as a domain name?

Where is the team located ? 🏠

Why is it called Yuka?